My dented mani that was totally worth it :)

Morning guys!! Okay, so a friend/neighbor came over Friday night carrying this tiny pet carrier, and inside was an adorable baby bunny!!! She had found him at her work, and she didn't want to leave him, thinking he would die. She had plans Saturday morning, so I of course volunteered to bunny sit. She named him Junior, and after some research, discovered he is about 2 weeks old. OMG you guys, his cuteness is almost too much to handle. My Chihuahua Rolo, seemed to even love him, and let Junior snuggle next to him. They had fallen asleep in my lap and I had to share some pics. I'll get to the mani after this :P 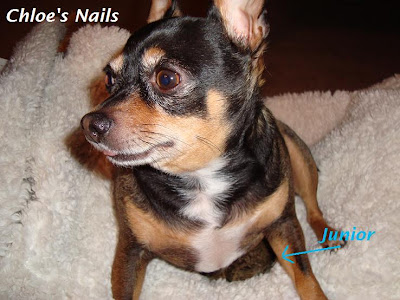 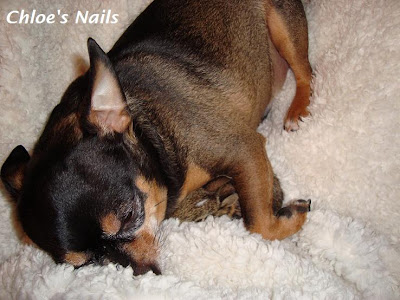 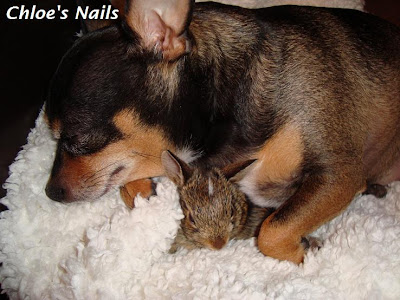 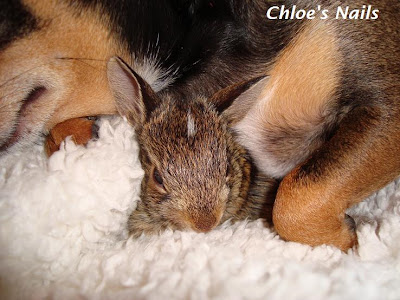 Here he is eating. Eeeek, too cute, I even woke Jack up from his nap to watch, lol. 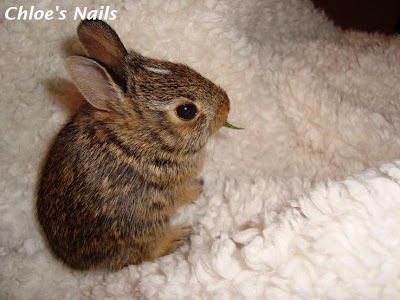 So here is my dented mani. Well he was back in his cage when I did my nails, but a little while later, I got him out again to eat, and he is feisty, and his tiny nails, dented my mani, but ti was totally worth it. This is 1 coat of Urban Decay Bruise over 2 coats of Ulta Cocktails Anyone, which is a dark purple. 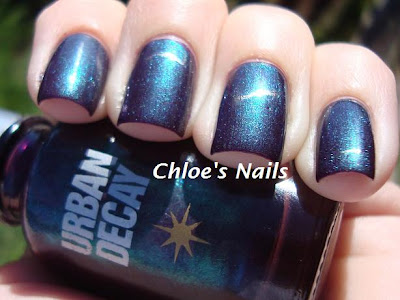 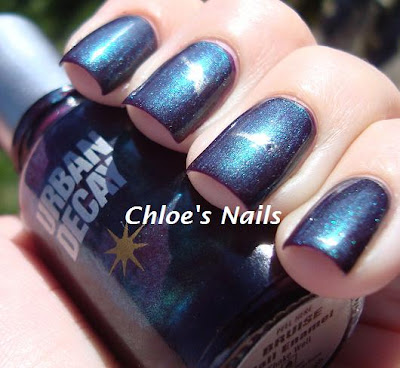 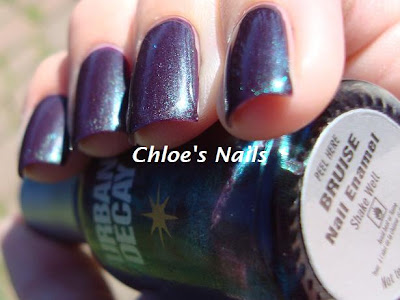 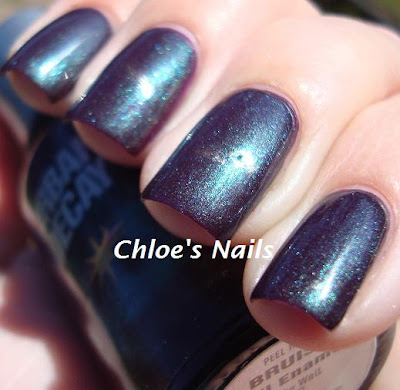 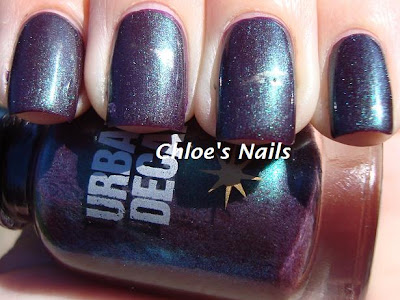