Got a tad bit bored O_o

A couple of nights ago, I had decided that I wanted a simple delicate mani with a little sparkle. Well, that's how it began, and then I became bored so my simple mani turned into the complete opposite!

I started with 2 coats of Savina Purple Hologram polish. I love this one, it's semi sheer, with just the right amount of speckled glitter, but could I just stop there, nope. Although it's called purple, it def pulls more pink on me, which is okay by me. 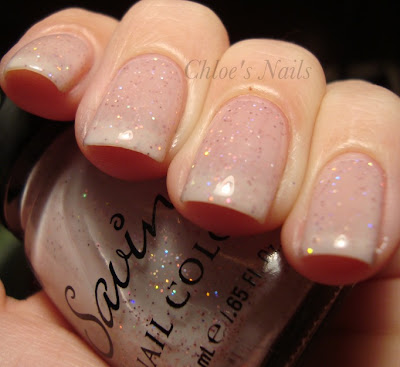 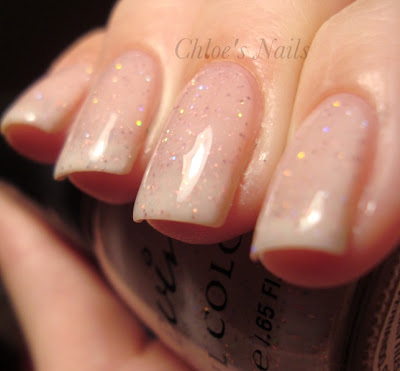 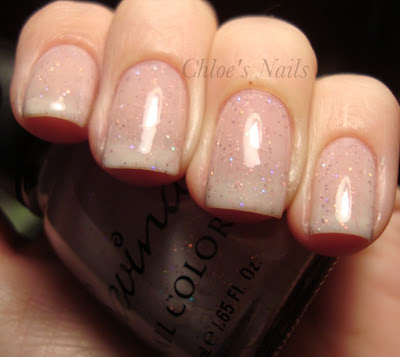 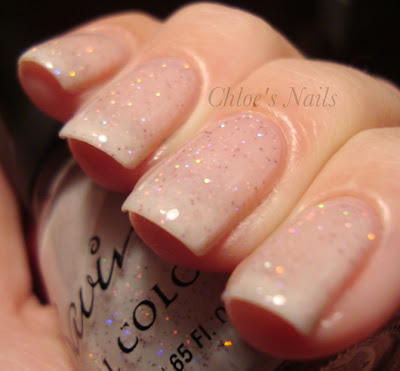 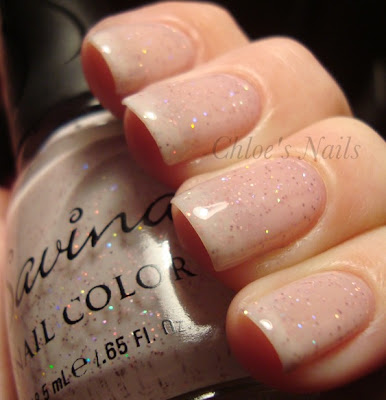 I then decided some polka dots were needed. So I used China Glaze Millenium and my Bundle Monster plate, BM19. Excuse the shiny cuticles, I had just oiled up, and maybe a tad too much. 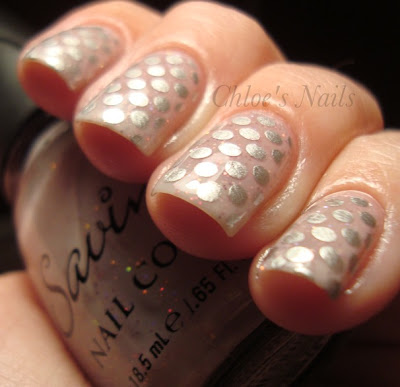 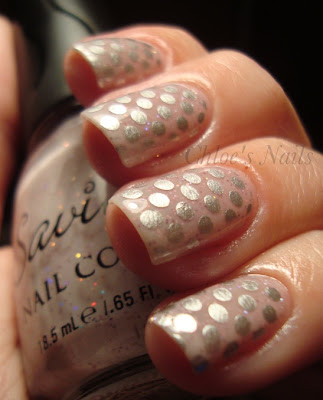 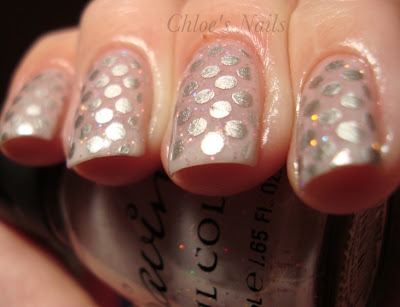 Oh but of course, it needed tips!! So I used OPI Alpine Snow Matte and tape :) Jack loved this mani! 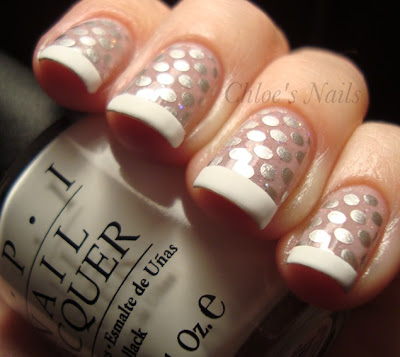 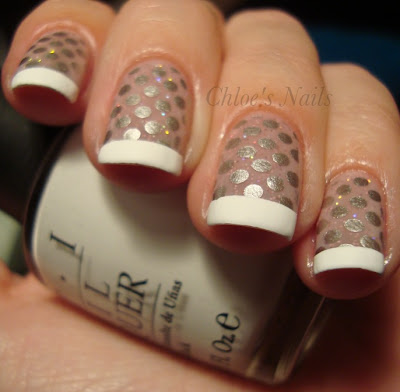 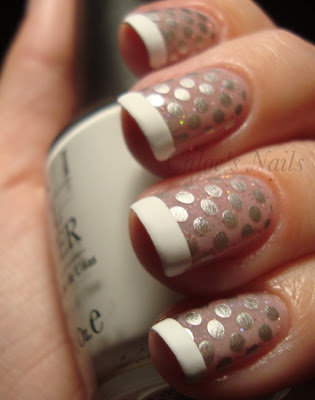 Now, as promised, here is a pick of my almost reorganized stash. Jack counted last night, there are 799 in the case, on top, and in front on the floor, which still need to be fit in somewhere. Oh, and even after this pic, the amount on the floor has increased, eeeek. Now I have about 400-450 sitting in a box, and I'm not sure what I'm going to do with those yet. At least my faves are displayed and easy to get to now. 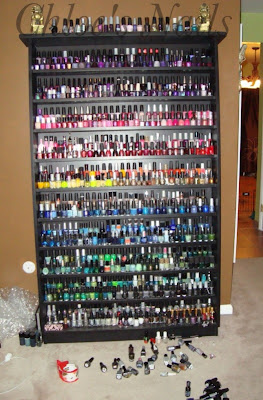 and a bonus pic of Jack when we were first getting started on this 3 hour project. He really is the best for helping, and being so involved in my hobby :) 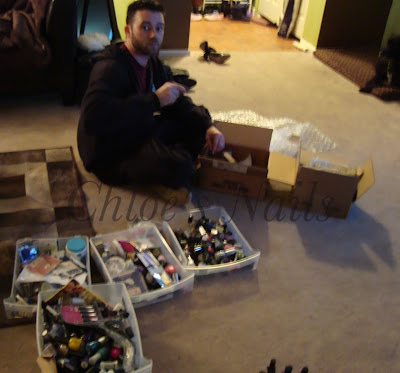