Congrats to Jennie & Amber, who were the 1st and 2nd winners chosen for my blog giveaway!! They have both already been contacted and gotten back to me :) Hope you guys enjoy them.

Now, I just need to vent a smidge - I could just scream at this point you guys! The past week has been so frustrating and sad. To start off, I had sent a swap package out 2 Friday's ago to California. I checked the tracking number, and it said it was delivered in Florida! Umm....not even close post office. So I call and complain, they say they will have to look into it, blah blah blah. I never hear a word from them, but a few days later, the girl I sent them to, received the package, and told me it appeared as though it was opened! Anyways, long story short, not only was my package to her opened, but someone, took 1 of the 3 polishes I sent, and replaced it with candy!!!! Who does that! Then on Friday of last week, I get informed that a friend of mine was in a TERRIBLE car accident, had to have his car's roof removed, and he was helicoptered to the hospital. He is very lucky to be alive, but is still not even close to recovery. Then on Saturday, while hanging out with our friends and the wife of the man that was in the wreck, I get bit by our friends dog, really hard on my forearm. Thank goodness I had a few drinks in me by then, otherwise I would have been in tears and on their floor, lol. It was my fault for playing to rough, eeekkk. Anyways they wrapped me up, and we just continued with our night.

Okay, now that I got that out, lol. We can get on with today's mani post. After a sweet reader of mine, evercouldbe, suggested I try the brand Guppy, I of course had to. I love trying new brands, and especially cheap ones :) I ordered 5, off of eBay, and will post the rest of them this week, hopefully. Let me just say, she was right, the colors are so pretty, and the formula is really nice. Although a few of mine really smelled, it wasn't to bad.
This one is #66. I did 2 coats and a coat of SV. 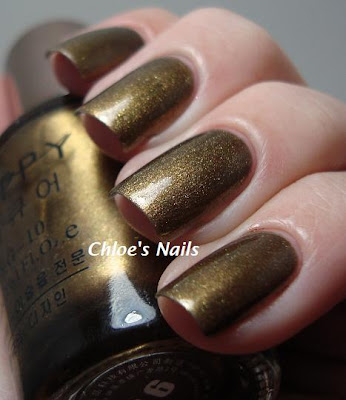 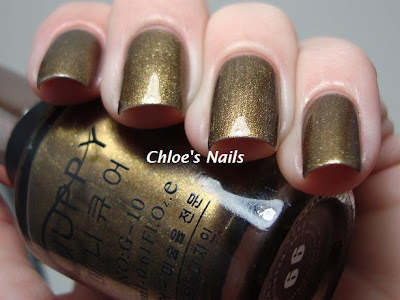 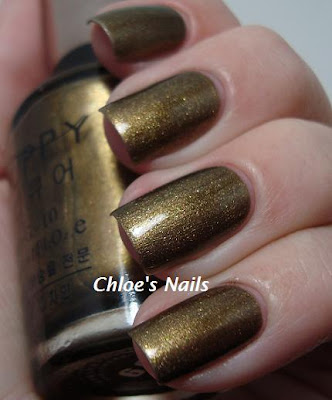