I'm a punk rock prom queen. Brown paper magazine. Hotter than you've ever seen. Everywhere and in between ...

Even though I'm almost 30, EEKKK, I still love to listen to my Josie & the Pussycats soundtrack every so often. That movie, as dumb as it is, cracks me up!!!  Well, when I did this mani, for some reason that song popped into my head, maybe because the pink bow came in a pack called Punky Princess. I don't know.

I used a polish that has no name :( the brand is 10 though. Then I used Sinfuls Black on Black for the tips
The pink bow rhinestone thingy is a decal I got at Sally's

Here it is before the cute bow 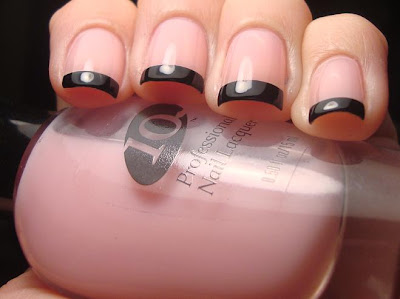 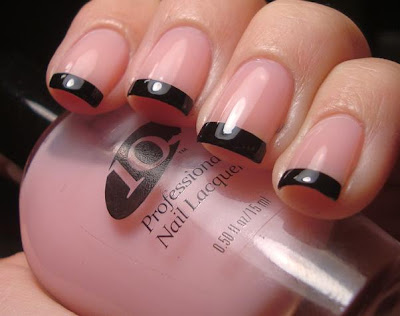 Now with the cute little pink bow with rhinetsone. I love it, and just adds enough Ummph to this french.﻿ 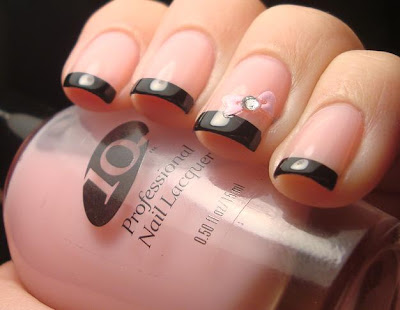 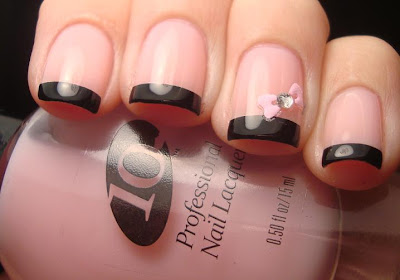