So as we all can see, my middle finger nub SUCKS! Since I decided to leave it alone and just let it grow out on it's own, I ran to Sally's to pick up Gelous. I've heard quit a bit of talk about it on MUA, and decided to give it a try on my middle finger, just to keep it strong, in the grow out process. My nails are normally really strong, but this is the 2nd break to it in like a month and a half. The first time was a car door, and this time just slammed it in a normal door. Anyways, I just felt the need to baby it, as it grew, lol. I've also started taking Biotin again, to help speed up the process. Okay well, while I was st Sally's I saw this China Glaze Pom Pom. It just called my name, and I knew I had to layer it over a black. It's such a pretty pink glitter, with larger silver glitter in it as well.  Then as you will see, Scotch tape had to get involved, lol. 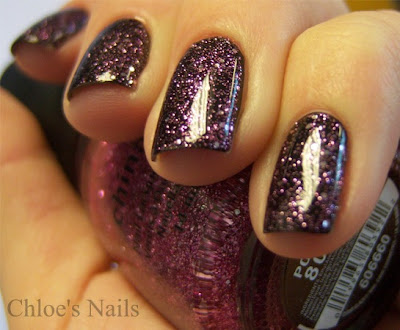 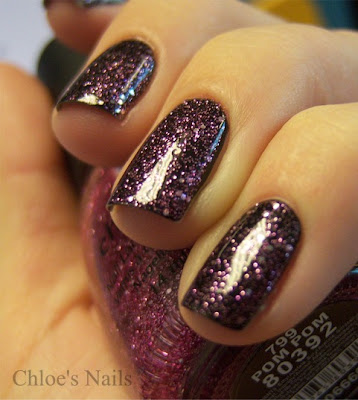 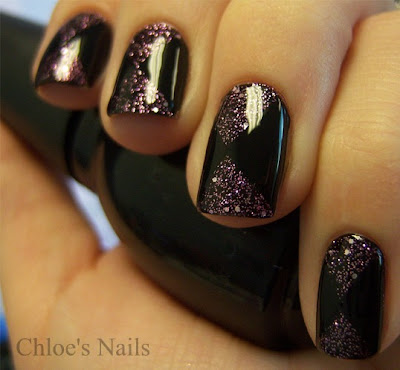 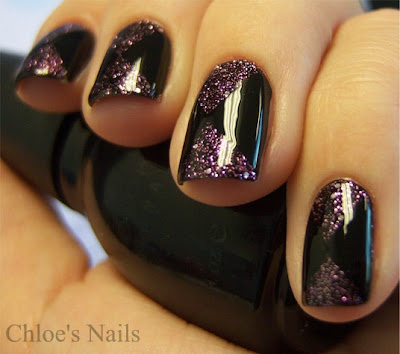 Oh and YAYAYAYAY, my OPI Black Shatter arrives tonight!!! What shall I layer it over? Any ideas, anything you guys wanted to see?
1 more thing. I wanted to share a cute polish pic, that was posted on MUA. I found the artist, and just love his work. Here is his pic....(not mine, not aff.) 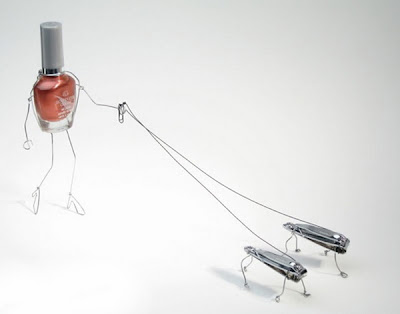 Hahahahaha, I just fell in love.
The artist is Terry Border from Bent Objects. You can see more of his fun unique art HERE. I'm just such a sucker for funny things like this.
Posted by Chloe0602 at 6:00 AM